In each track there are three hidden coins, collect them to unlock a Toy for your Toy Box. This guide will show you exactly where to find them.

If you're just looking for the coins you should note that you don't actually need to finish the race to keep the coins, you can quit back to the Hub as soon as you've collected them. And remember that while you can't turn around and drive back the way you came you can reverse without the game putting you back on track, very helpful if you just passed a coin.

Reward for collecting these coins is the "Agrabah Carpet Marketstall". 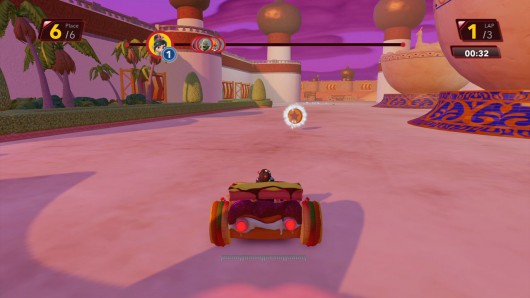 Behind the teacup things near the start. 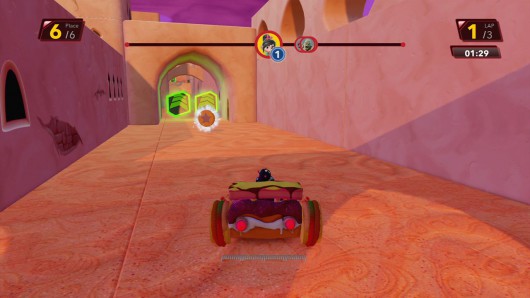 Down a back alley along the right side after going through the desert. 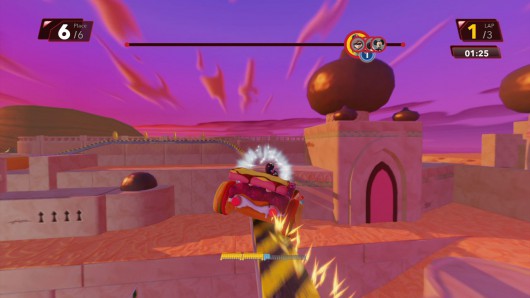 On a rail through the left of the three doors near the end.

The "Big Hero 6 Sushi Chef Sign" is the reward for collecting these. 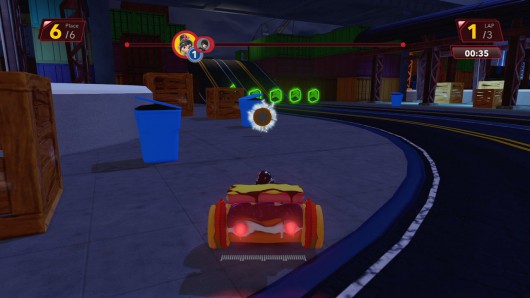 On the corner just before the first jump. 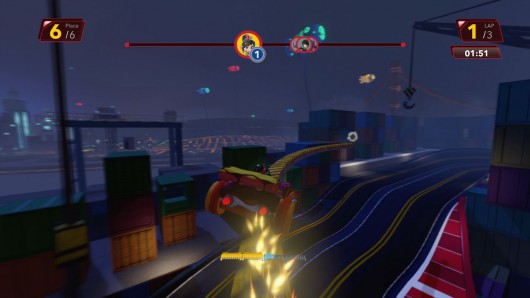 At the end of a rail just before the bridge section. 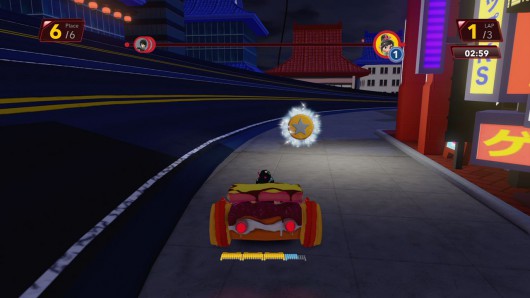 On the inside of the final corner.

"North Mountain Cave" is the prize for finding all three coins here. 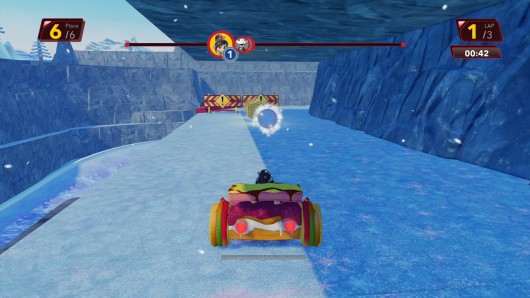 On the high path before the cave. 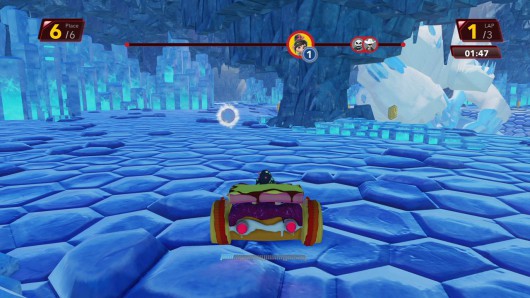 On the left side of the cave with Marshmallow. 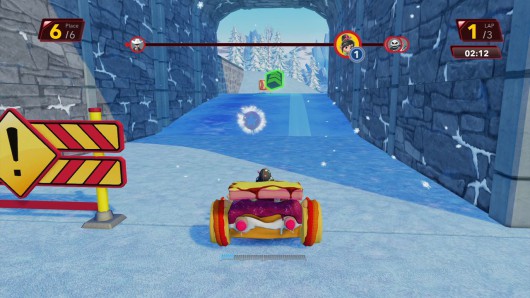 Through the left arch after the big jump. 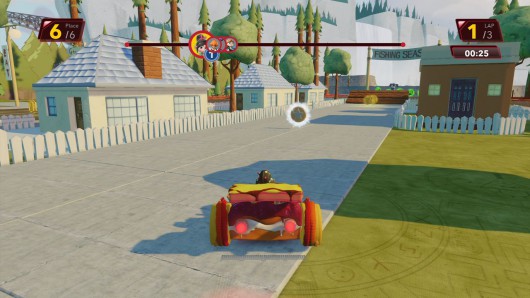 In the shortcut between the houses. 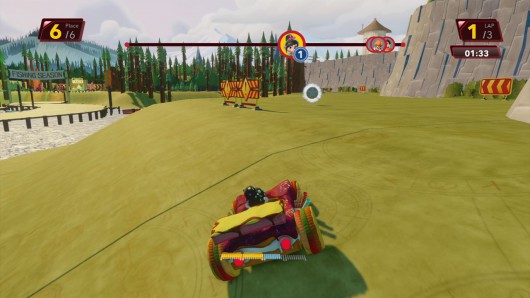 Jump off the pier onto some grass partway along, off to the right by a barrier.

Inside a hollow log on the right side towards the end.

Completely unrelated to the track the "San Fransokyo Trolley Crane" is the reward this time. 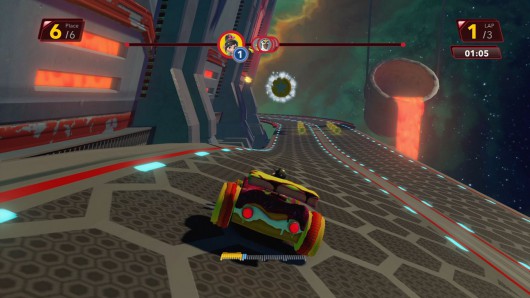 In the air on the section just before the double tunnel. 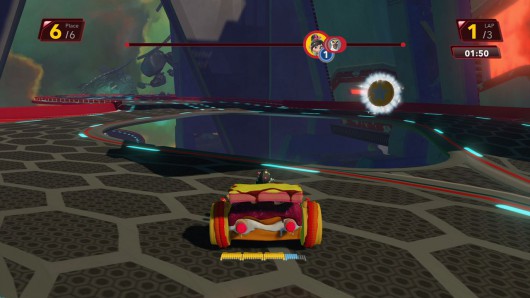 Over the second hole in the track. 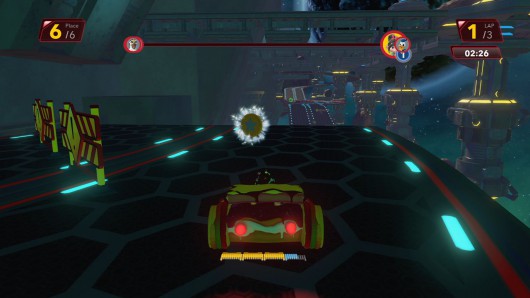 At the end of a piece of track off the left side just before the end.

The "Scream Factory Door Wall" is earned by finding the three coins. 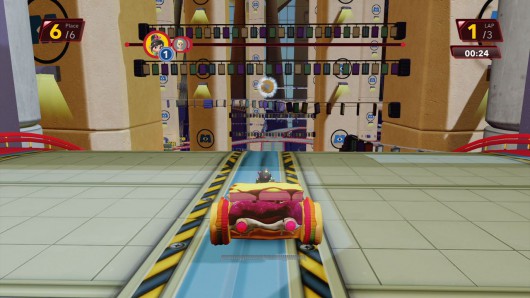 In the air at the top of the large downward slope. 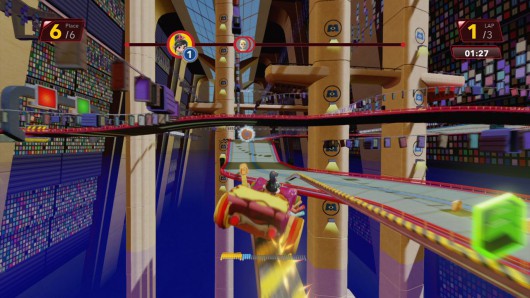 In the air above the left rail at the bottom of the large downward slope. 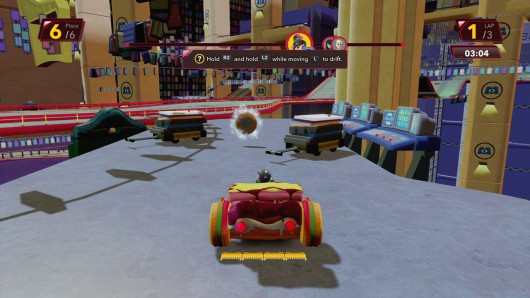 Through a shortcut barrier cutting a corner just before the ramp with rails to either side.

"Jack Skellington Statue" stands to commemorate your finding of three coins on this track. 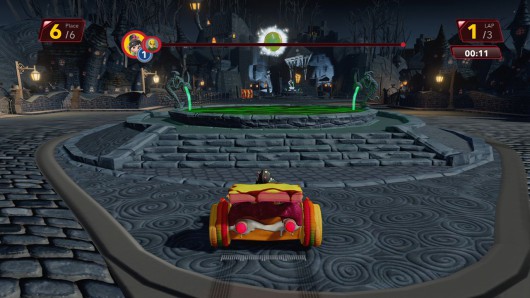 In the air above the fountain at the start. 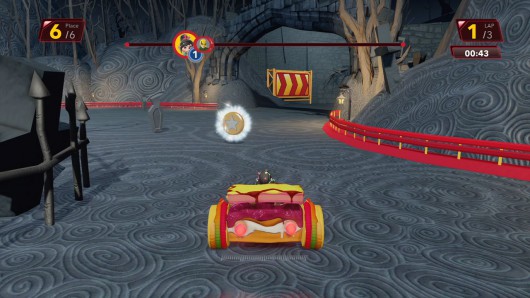 Along the path to the right at the top of the stairs. 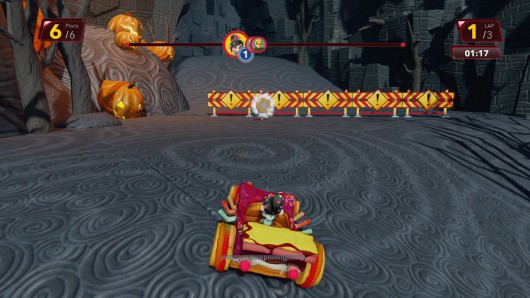 Through the shortcut to the right at the end of the swamp.

The "Docking Bay 94 Tall Tower" is found by getting these three coins. 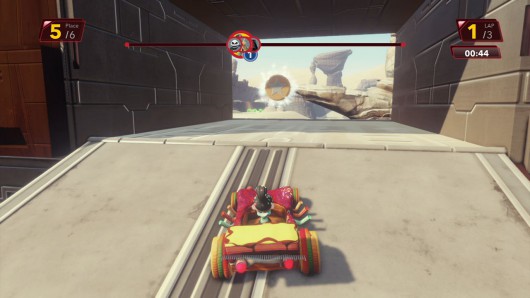 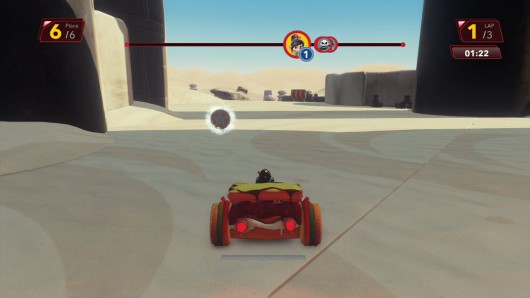 At the end of the high path before the Sarlacc Pit 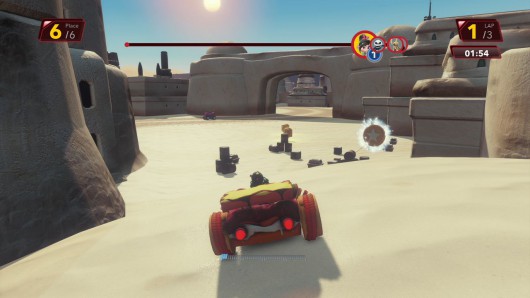 On a shortcut of the final corner.

And finally "Sugar Rush Video Screen" is the reward for the Wreck-It Ralph themed track. 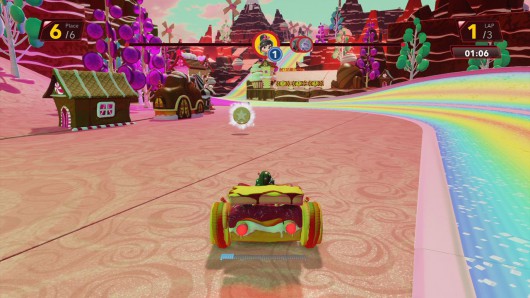 To the left of the track at the bottom of the large jump after the cherry bombs. 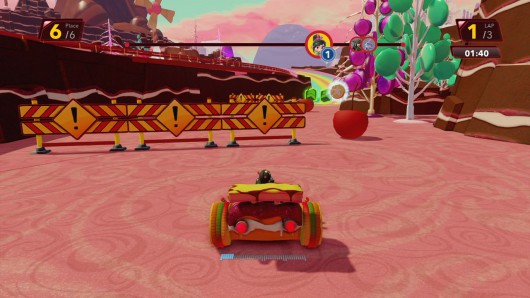 Down a shortcut up the ramp after the first coin. 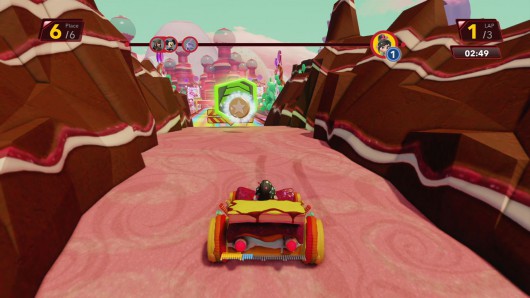 On top of the island right before the end.

The grand reward for finding all of the coins on all of the tracks is the Gravity Falls themed "Log Pile Ramp".