A collectible unique to The Force Awakens Play Set, these blue tokens will unlock special games you can play on the Hologame Machines that you can find on Jakku and Takodana. The hologame unlocks on Jakku in the mission "Game for Adventure" and has a free hologame "X-Wing Squadron - Space Skirmish" unlocked already for you, to be able to play extras pick up the tokens you can find throughout the Play Set.

The surface of Jakku houses the first two: 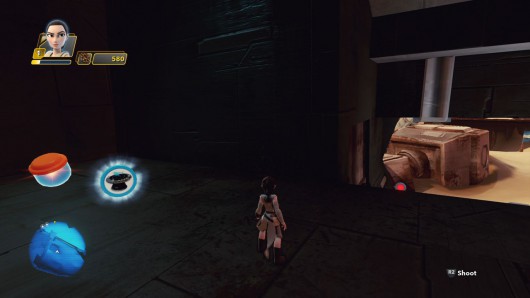 Shoot a target next to a door near Rey's AT-AT and climb a fixable ledge. 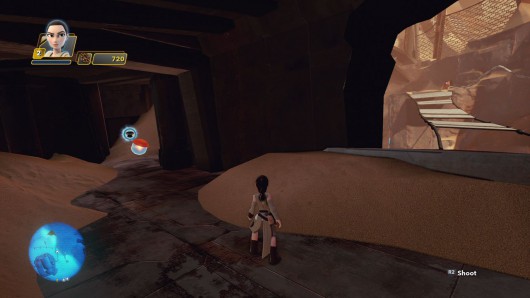 Underneath the Salvage House. Near Yoda's coin.

While the moon holds another: 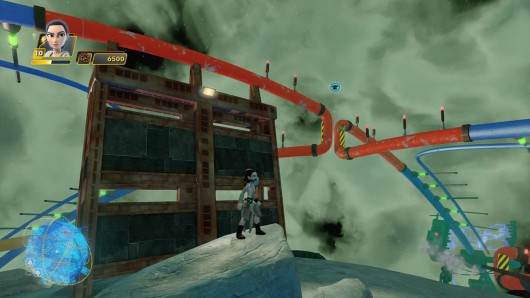 Between two red pipes on the moon.

Replay the "A Crate Place to Hide" mission if you missed this one. 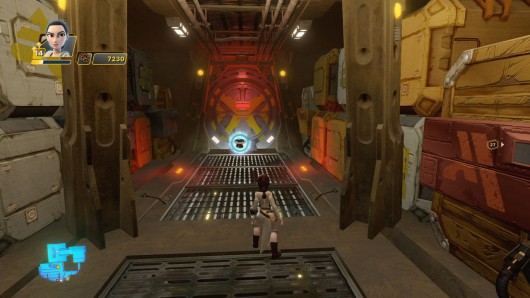 In the corridor you smash down into during the "A Crate Place to Hide" mission.

The surface of Takodana has two more.

TIE Pilot - Barrage on the Rebellion 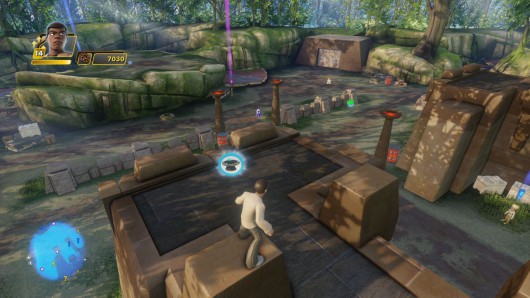 On top of the front walls of the castle. 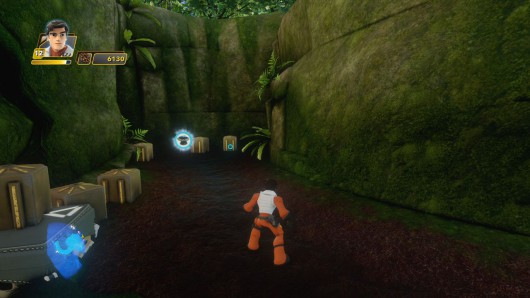 On an island to the right side of the lake, up a fixable ledge.

And you can find the last one at the very start of the mission "Shield Shock". On ledge in front of the launch pads.