Each Play Set has a series of challenges dotted around the map for you to complete, here are the locations and some brief guides to the challenges in The Incredibles Play Set. 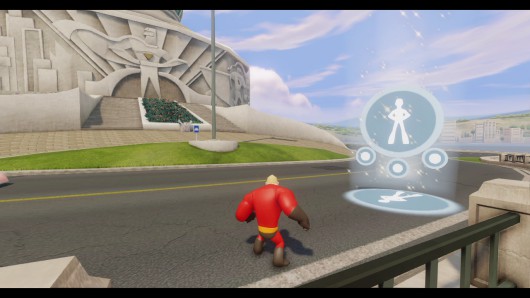 On road to the west of the secret base. 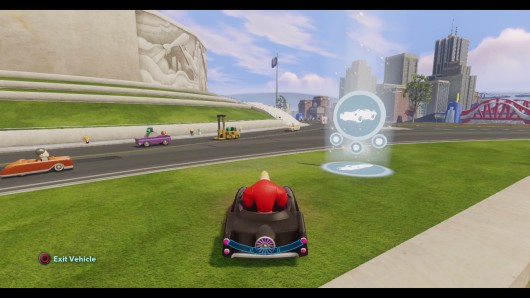 On grass before bridge going north out of Heroes Park. 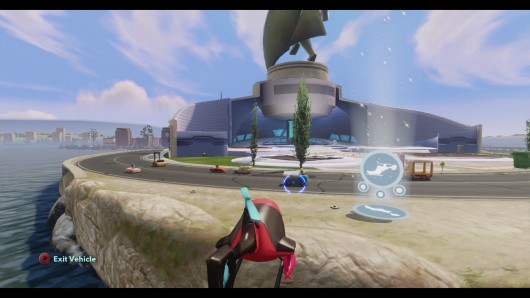 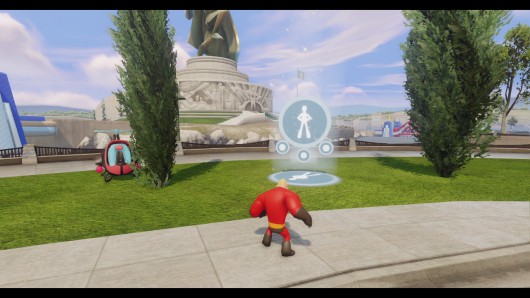 East of the eastern bridge going north, on the north side. 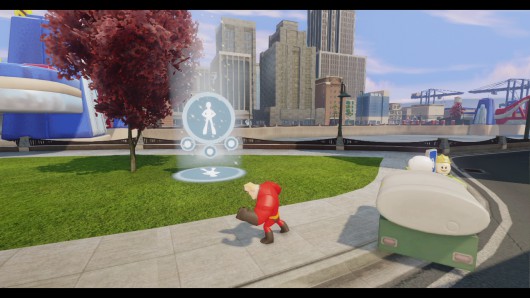 West of the eastern bridge going north, on the north side. 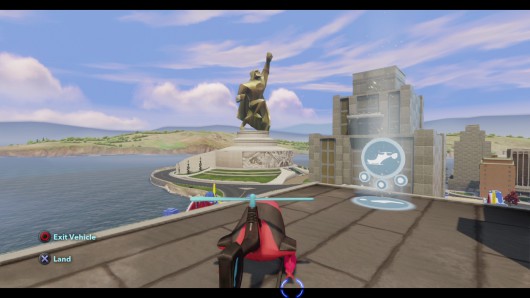 On building a bit west from bridge north out of Heroes Park. 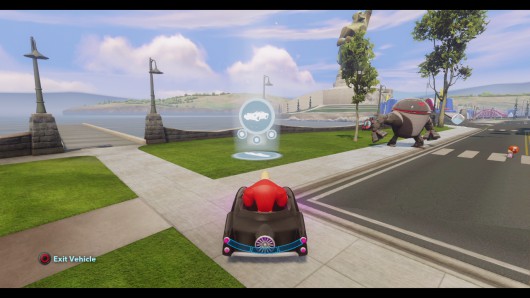 Top east corner of grass north of fountain, near the pier. 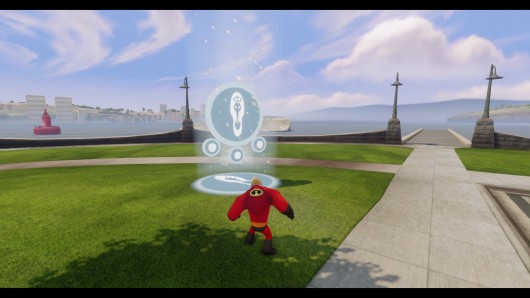 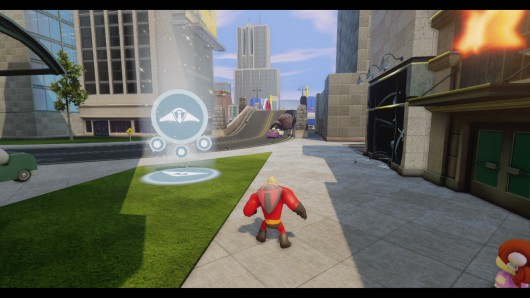 On the corner of the road north from the west bridge. 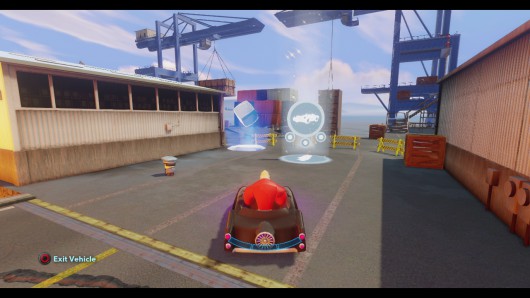 At the entrance to the docks. 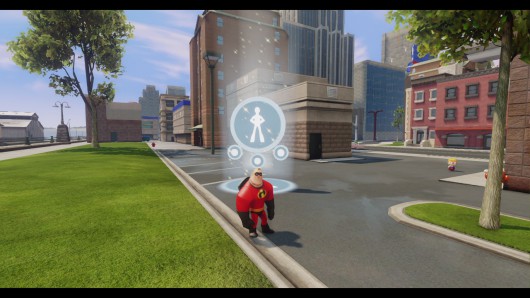 Behind buildings on west side of downtown opposite docks. 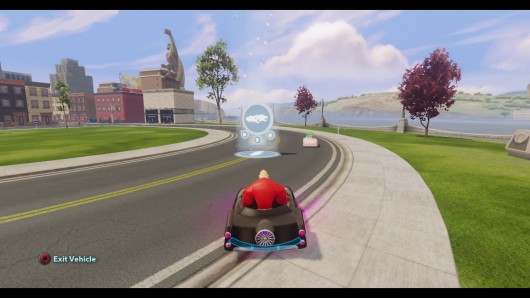 On most southern road. 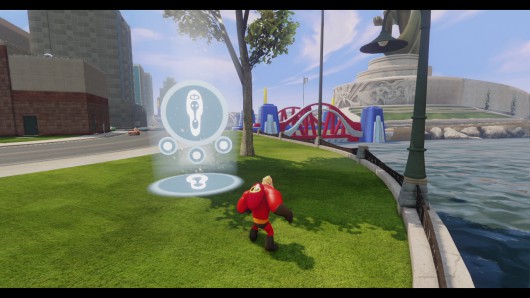 On the south-east corner near the bridge to Heroes Park. 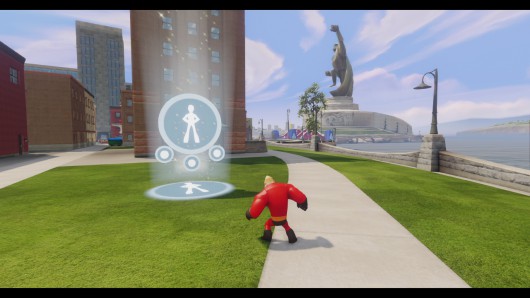 Behind the buildings on the east side of the curved grassy area in the south.

And there are some challenges that can only be started by a specific character, these aren't part of the trophy/achievement but are needed to get the Gold Star. 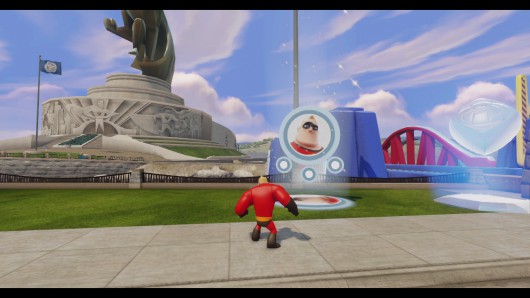 In the south-east corner just north of the bridge to Heroes Park. 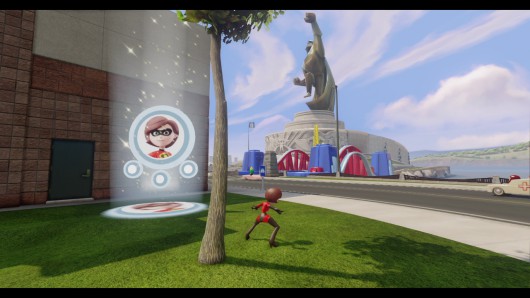 In the south-east corner near the bridge to Heroes Park, under the vault. 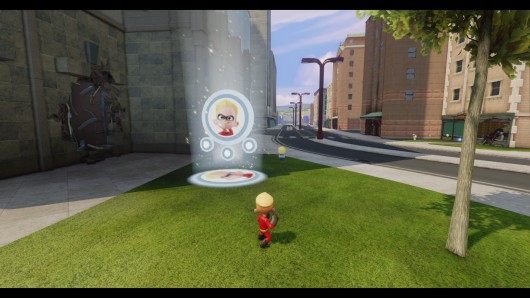 At west end of main street, north side. 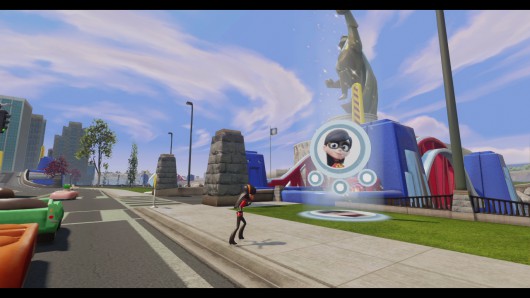 Next to bridge heading east into Heroes Park. 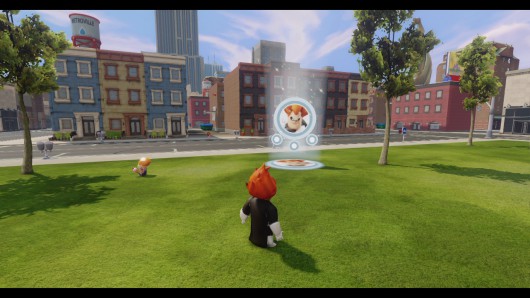 On curved grass section of downtown.