The Force Awakens has its own set of 15 Holocrons for you to find, each of which unlock a piece of general Star Wars Concept Art. Finally you can have a complete gallery.

Several of them are locked behind doors that can only be opened with a lightsaber, none of the three native characters can do that so you'll have to find a Champion Coin for a lightsaber user that you have to open them first.

Four of the holocrons can be found on Jakku's surface. 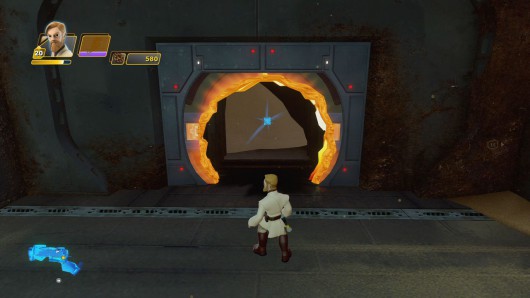 Through a lightsaber door just before you have to smash a blockage in the "Sand Trap" mission. 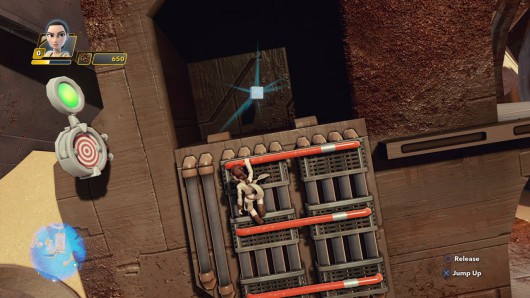 Shoot a target next to where you first see the town. 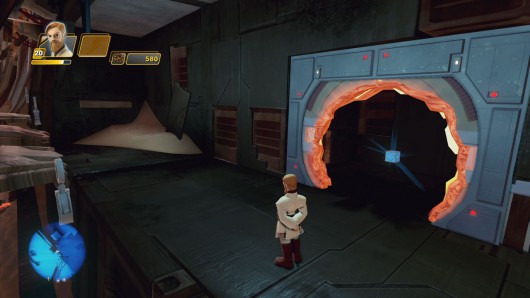 A force door near Rey's AT-AT. 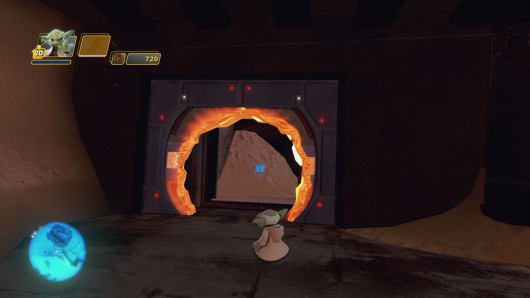 A lightsaber door beneath the Salvage House. Near where you find Yoda's coin.

Two can be found on the moon. 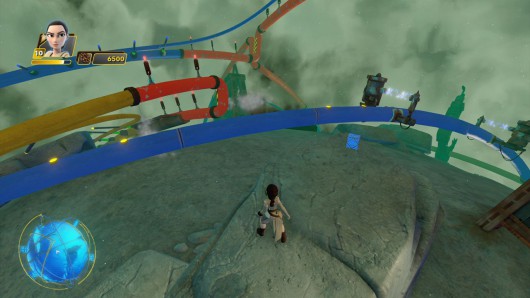 On the surface of the moon, sitting on a rock next to where the blue pipe that goes through the deep gap crosses with a yellow pipe. 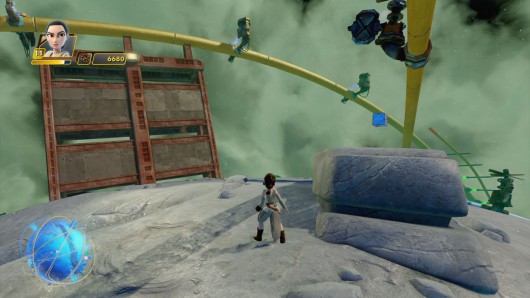 On the surface of the moon, sitting on a rock next to a tall strut holding up a yellow pipe.

Another four are on Takodana's surface. 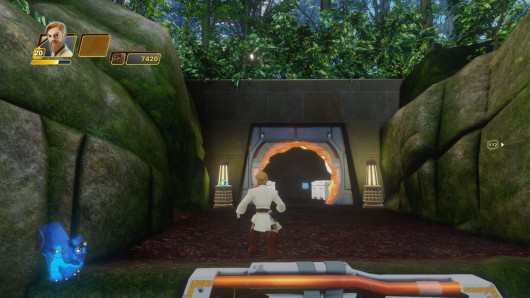 Through a lightsaber door along the path to the right from the landing bay. 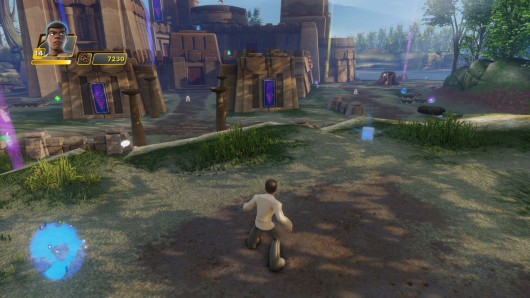 On the rock directly in front of the castle. 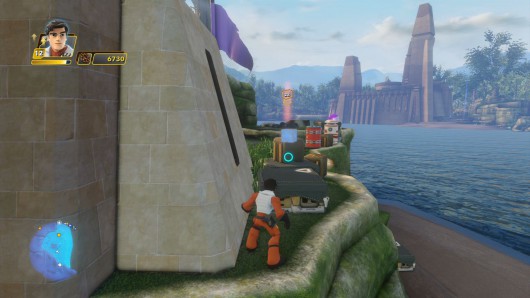 On the island on the far side of the lake. 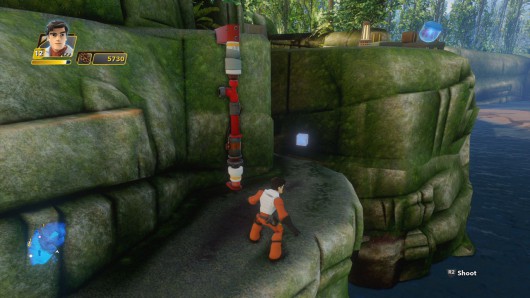 On a section jutting out over the water to the left of the castle, repair a ledge to reach.

Yep, there's two on the moon. 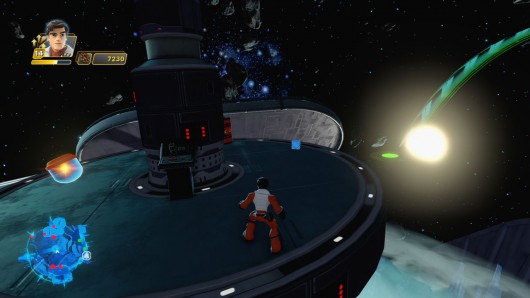 On a platform with a bounce pad, north west of the starting area. 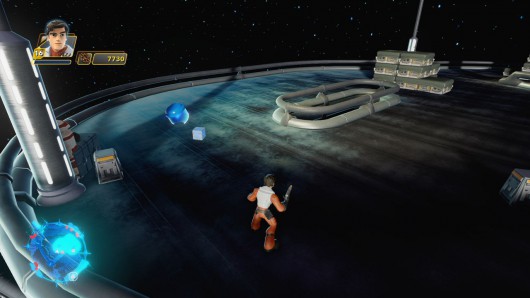 On a platform with oval holes in, south of the launch pads.

Replay the mission "Shield Shock" to be able to access these final three. 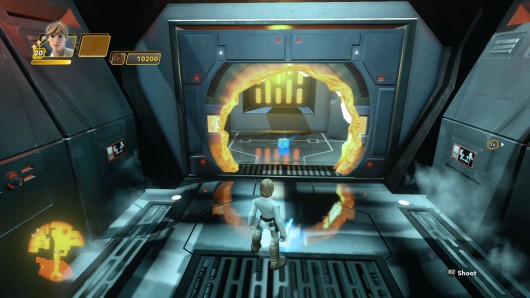 Through a lightsaber door at the bottom of the elevator shaft section. 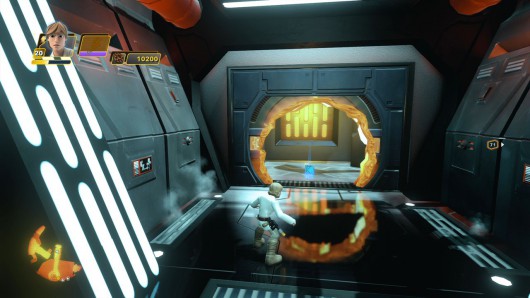 Through a lightsaber door halfway up the elevator shaft section. Shoot two targets to extend a bridge. 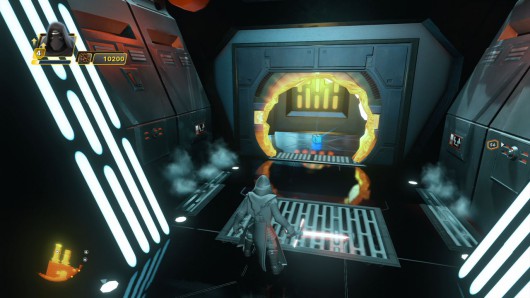 Through a lightsaber door at the top of the elevator shaft section.

For finding all 15 of the holocrons you earn the feat "History Lessons" and unlock "ME-8D9" for use as a Townsperson in your Toy Boxes.