The final two Marvel characters for Disney Infinity: Marvel Super Heroes (2.0 Edition) have been revealed as none other than Yondu, as part of the Guardians of the Galaxy Play Set, and the Falcon for an eighth member of the Avengers Play Set (although he doesn't get a spot on the Collector's Edition stand). It does not appear that either of them will be able to crossover between the Marvel Play Sets but you will of course be able to freely use them together in the Toy Box. 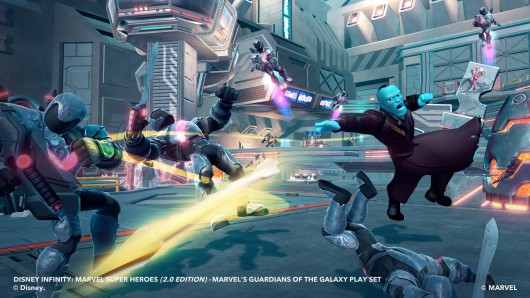 Yondu's presence might be a little confusing considering there's a Marvel Team-Up Power Disc for him but you can apparently team up with him as him no problem. 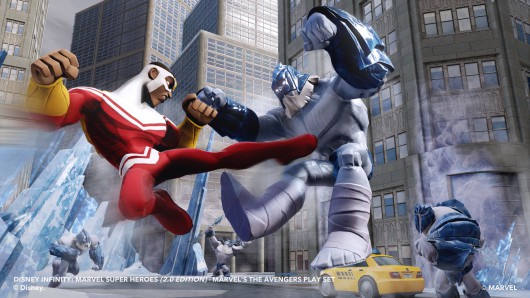 The pair of them are not due to be released until sometime in 2015. This announcement means that there are just two characters left to be revealed, both of them confirmed to be Disney Originals (at least one is female). Will the mystery manage to remain beyond the release of the game or will it all get spoiled with the release of the game? That's just one week away now, Thursday in Australia, Friday in Europe and the Tuesday after that in the US.