Infinity on PC and Mac

Despite the lack of any retailers with a pre-order for them the ESRB have just given a rating to Disney Infinity which includes Mac/PC as platforms for the game, as well as the expected PlayStation 3, Xbox 360 and Wii U versions.

This is an adventure game in which players control toy versions of Disney characters that explore game worlds made entirely of toys. Players use an assortment of “cartoony” weapons (e.g., exaggerated-sized pistols, swords) to defeat enemy robots, monsters, and pirates. Combat can involve attacks such as sword swings, head-butts, and pistol fire; enemies break apart into pieces and disappear amid scattered coins when defeated. During some sequences, players can engage in more realistic sea battles, which are accompanied by canon fire and large explosions.

A seemingly finalised version of the boxart has also recently appeared on pre-orders for the game, it's much more colourful and shows off characters from the three Play Sets that are included with the Starter Pack. 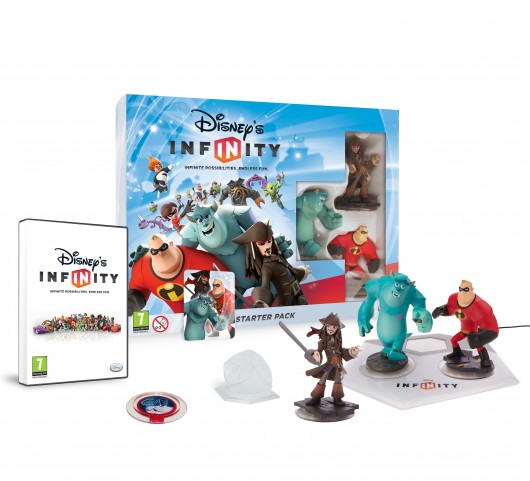