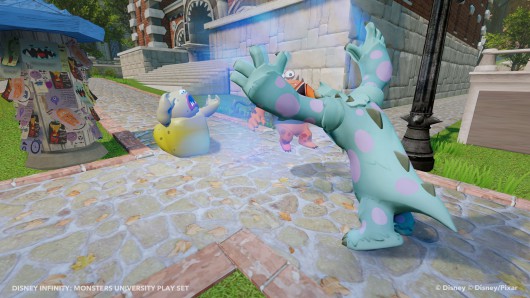 Play Sets are the structured game-play of Disney Infinity, based around a single theme each one is said to be almost an entire game experience in its own right, lasting about 6-7 hours if you just play straight through. To access the world of a Play Set you simply place the Play Set Piece in the hexagonal space on the Infinity Base, completing tasks in the Play Set will help you unlock new items from that Play Set for use within the Toy Box mode. Just like the four player that is featured in Toy Box mode you can play in the Play Sets online with up to four players as well as the two player local co-op mode that allows you to partner up with a friend and take on whatever evil you must battle. 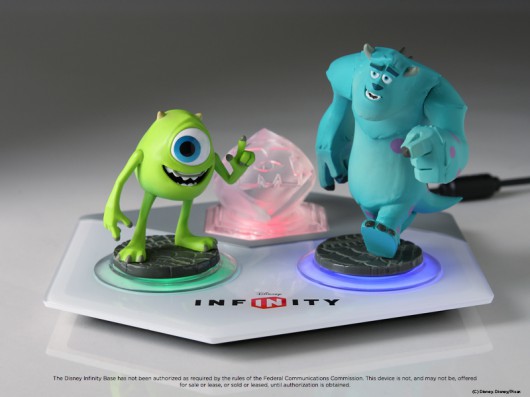 The Starter Pack comes with a special Play Set token, its appearance is not themed on one particular film franchise, instead it is a cube standing on a point showing three faces; one side with the Monsters University logo on it, one with Pirates of the Caribbean and one with The Incredibles. This piece unlocks those three Play Sets for play to get you started. After that you'll need to purchase additional Play Sets from the shops, so far there has officially just been one additional Play Set unveiled for launch, Cars. But you can expect at least one more to be shown off as it gets closer to that June launch day. 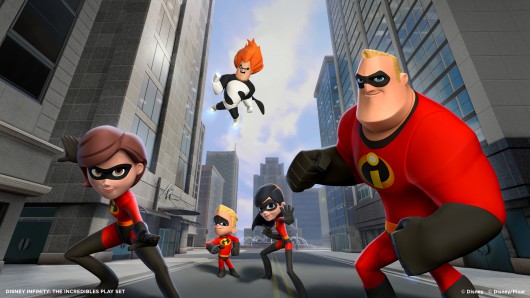 The Incredibles has you battling Syndrome and his Omnidroids in Metroville. The customisation here is your super hero base. 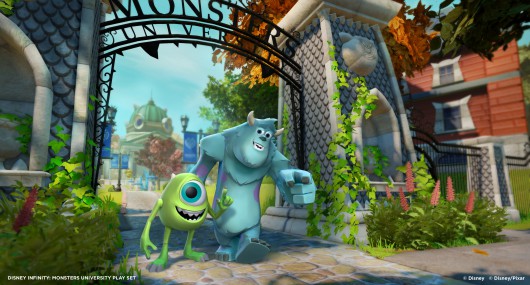 Monsters University is set within the very university from the soon to be released prequel movie, setting pranks and scaring the other inhabitants of the world to take on the rival Fear Tech. You will be able to customise your frat house. 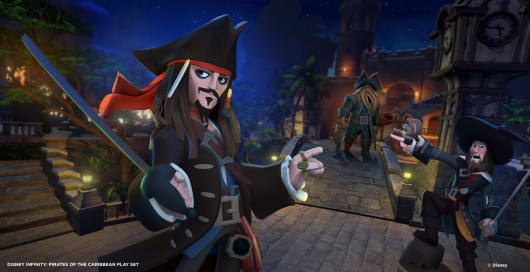 The Pirates of the Caribbean Play Set takes place in a suitably piratey setting, taking cues from both the first three movies and the theme park ride. Here you will be able to customise your very own pirate ship and its crew. 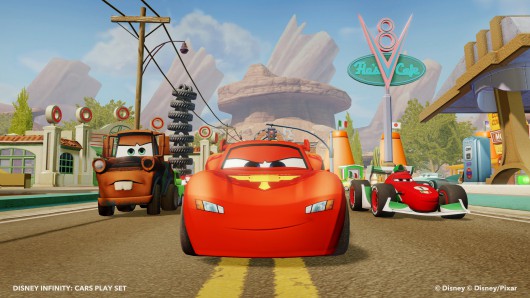 Cars is set in Radiator Springs where you're preparing the town for a big race. 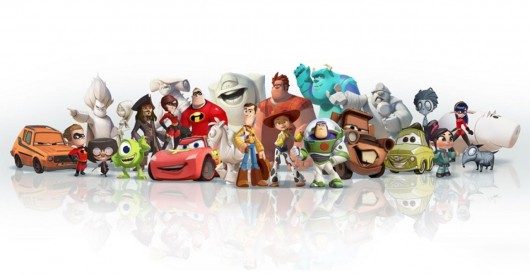 If all the playable characters have their own corresponding Play Set then other potential Play Sets include ones for Toy Story, The Lone Ranger, Phineas and Ferb, Wreck-it-Ralph, Frankenweenie, and The Nightmare Before Christmas.

One important thing to note about Play Sets is that you can only play in them with characters from that franchise, so, for example, Jack Sparrow will be able to go into the Pirates of the Caribbean Play Set but Mr. Incredible will not. This does mean that for co-op in the Starter Pack you will need to purchase an additional character from each of the three franchises (and there is a handy Sidekicks Triple Pack). This restriction does not apply to the Toy Box mode where you can use any and all toys together in whatever combination you so choose.